The only reason I get a chance to eat at this place is the fact that it is part sponsored (not by Luke's though!), haha. Luke’s is THE place if you’re trying to burn a hole in your pocket, even if the food is really quite good. At least that’s what I’ve been hearing. So I went with the wife to check it out during lunch. Check out their menu here.

1) Jumbo Shrimp Cocktail
This was supposedly the MUST HAVE at Luke’s. And so it was. The jumbo shrimps were so enormous they could’ve passed off as crayfish! And served in their homemade cocktail sauce which was slightly spicy, this really was the highlight for me. 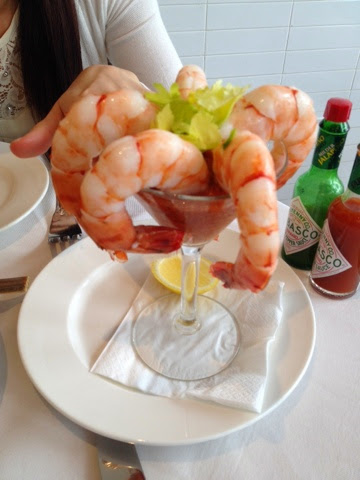 2) Oysters
We also shared a ½ dozen oysters. Mainly the ones we had were recommended to us because I asked for bigger oysters, so they gave those from Massachusetts (Rip Tide, Wild goose, Marion Point). Considering that I was at Tanuki Raw for cheap oysters and beer the night before, this batch at Luke’s were far larger, tastier and better presented (naturally, given the price differential). Also they help you to slice the oyster meat from the root (or what its called), which is a nice touch. 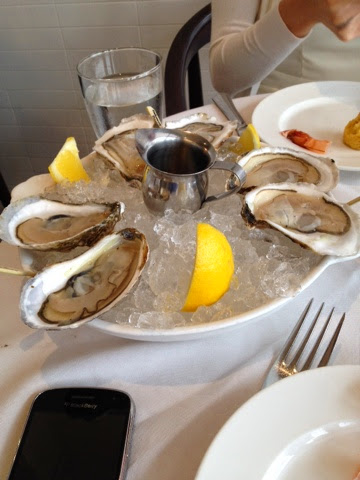 3) Lobster & Corn Chowder
We said we were sharing the soup, so they actually served this order in two separate bowls. Very thoughtful of them. I am a big fan of lobster bisque in general so this one I felt was quite good. It was tasty and had chunky lobster morsels together with corn and cubed potatos. 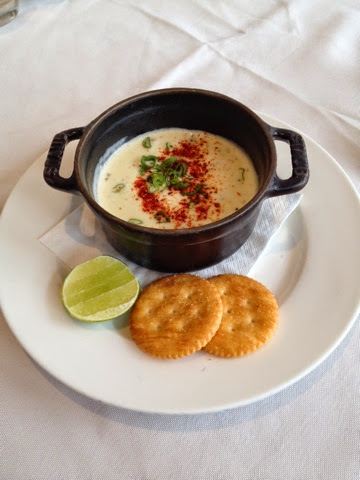 4) Luke’s Bone-In Tenderloin Au Poivre + Half Lobster Tail
My goodness. This was huge man. 300g of tenderloin divided by the both of us was still very huge portion. Again they split it nicely to serve two. While the tenderloin was quite good, I was left with a feeling that I’ve had better steak elsewhere. The half lobster was a really nice touch. Else it all seemed like a flood of pure red meat. 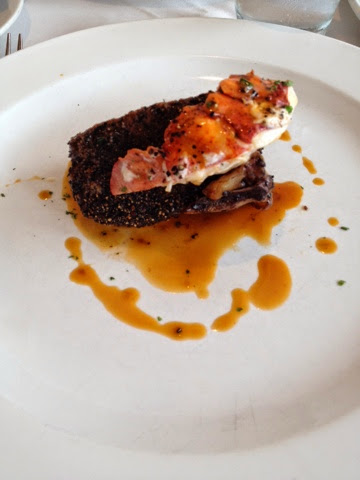 5) Asparagus + Lobster Mac & Cheese
Both of these were ordered as sides, but OMG they were so filling. If you are on a tighter budget, both these items are not that necessary. The asparagus was HUGE man! And the wifey loved it. The lobster mac & cheese was a disappointment. Hardly any lobster in it at all. 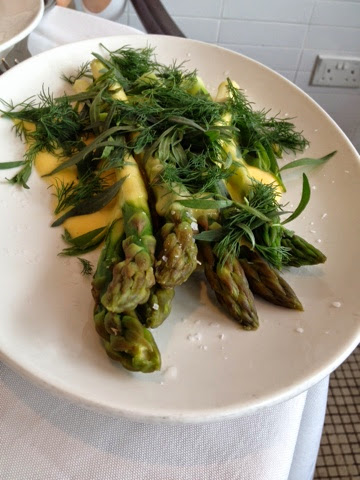 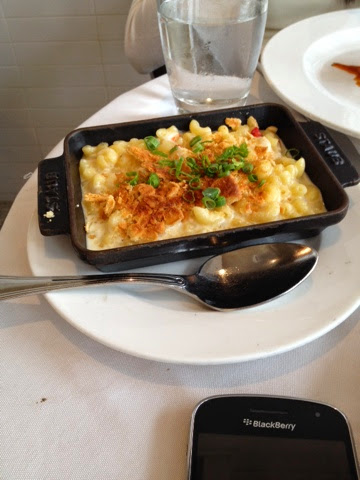 All in, it was a good meal. The final damage was almost $300. The wife was happy and we had a pretty good time. Service was good and I came out of there feeling like my stomach was about to burst.

Posted by cylum at 5:06 PM
Email ThisBlogThis!Share to TwitterShare to FacebookShare to Pinterest
Labels: Food