Took a tour for the first time in 30 years thereabouts, to the Southern Islands. These were St John Island, Lazarus Island and Kusu Island.

I used to go to these islands as a kids with my father to snorkel and catch fish and corals for his aquarium at home.

This time around, we had been thinking of going for a few years now but never found the opportunity. Then suddenly on Saturday night I just felt the urge to check while thinking of things to do on Sunday, and there you have it, cheap tickets, good reviews and available slots on the ferry ride the very next day!

In all, the tickets cost just $53 for our family of four for the ferry ride to St John Island, then ferry ride to Kusu Island, and then the ride back to Marina South Pier.

Suddenly at near midnight, all these came together and we were going on a trip all of a sudden!

Next morning, the wifey was off for her usual early morning jog. We began packing for the trip when she got back around 9am. Usual day trip clothes, and attired in wet weather clothes in case it rained or we decided to go swimming.

This was really exciting for me considering I've not been on such a trip for almost 30 years and, if this was successful, would love to bring my dad along our next trip. So we needed this trip to be the guinea pig to help us understand how the whole process around getting there and back works!

So we set off around 10am, thinking we had enough time to get there and park and hop onto the ferry.

We first made a detour to Marine Terrace to buy some fried beehoon for breakfast/lunch.

The Marina South Pier was quite easy to get to and on a Sunday, wasn't as crowded as a Friday or Saturday would be I guess.

However, when we got there, we realized that the car park was too small to have available lots for casual daytrippers' cars to be parked there for the day! Oh no! It meant we had to park rather far away and the nearest car park was about 15-20min walk away!

So we decided to drive to MBFC and take the MRT from Downtown to Marina South Pier instead. When we parked at MBFC, the wifey decided to call a Grab ride to fetch us there as it would be faster. Unfortunately, the Grab ride was waiting for us at the wrong place! We kinda panicked a bit but in the end luckily the driver made it in time to circle round to pick us and send us within 5mins, to Marina South Pier.

We arrived in the nick of time, changed my Klook voucher to actual ferry tickets, and we boarded the ferry! So exciting.

Wow I haven't been on this island for so long! My dad used to bring me here to catch sea creatures for his salt-water aquarium at home. The island now has a paved causeway joining Lazarus Island and we could walk over the it to chill at its lagoons.

A funny incident when we arrived was when we headed to the toilets first. After using the toilets, we were headed towards the causeway to Lazarus, and the boy decides he's gonna kick a pile of 'mud', which turned out to be shit. To makes matters worse, he's wonders if its really shit, and uses his fingers to touch and smell it! Wah lao eh. Faintz. Got the wifey so upset. Haha.

Ok so we walk across the causeway to find a good picnic spot, and ended up a their biggest lagoon where boats were parked and chilling, and even more beach goers were there to picnic too! Luckily the beach was big enough and there was ample space. We found a nice spot and enjoy our packet lunch there, while the kids enjoyed themselves at the beach.

After that it looked like it was about to shower, so we headed back to St John's Island and wandered around the lagoons there a little. Eventually we settled near the jetty and played at the breakwater nearby. The kids really enjoyed walking out to the end of the breakwater and back.

By then we were waiting for the 3+pm ferry to Kusu Island and when it came, we loaded up and all it took was maybe 10mins to reach.

Kusu Island is so small you could see one end to the other, and it took maybe 15mins to walk around the perimeter of the island.

We visited the temple there and enjoyed watching the turtles in their sanctuary, then walked around the island. We also took the chance to walk along the long breakwaters on Kusu.

Finally we caught the last ferry back to Marina South Pier. By the time we arrived, it was evening already and the first thing we did was buy a 1.5L bottle of water and finish it! We were so thirsty and had finished our water earlier on Kusu Island.

We took the MRT back to MBFC, and managed to have a sumptuous dinner at Din Tai Feng! So delicious!

That basically summed up our lovely and enjoyable Southern Islands trip! 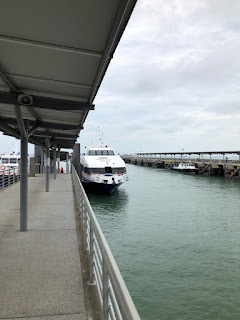 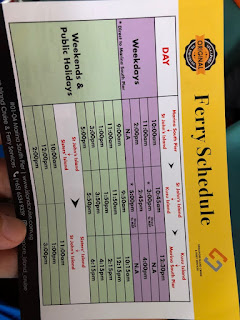 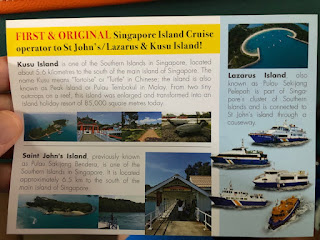 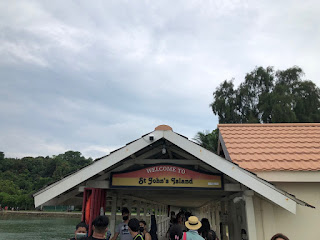 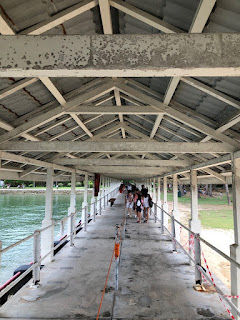 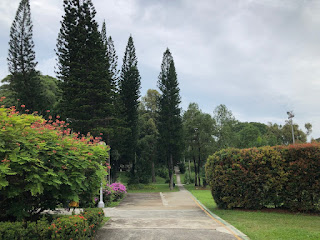 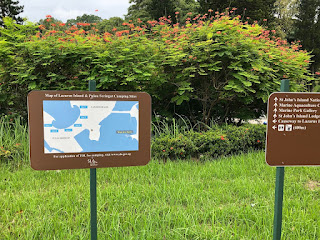 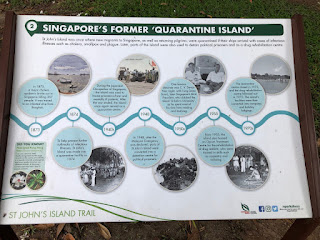 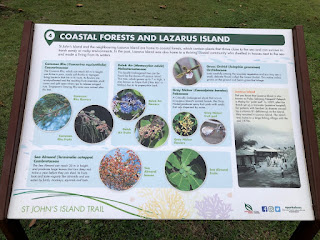 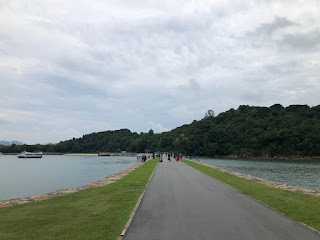 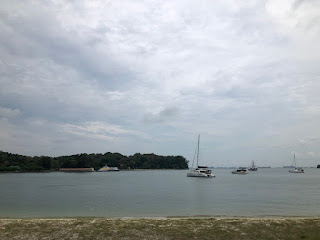 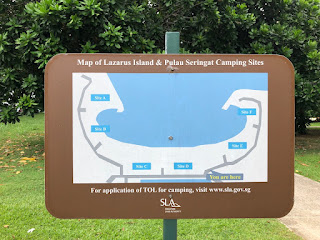 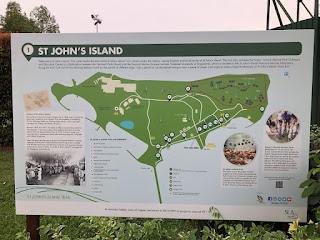 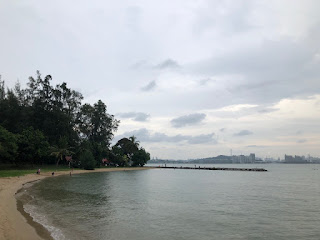 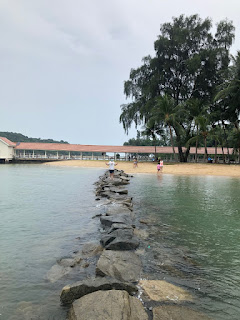 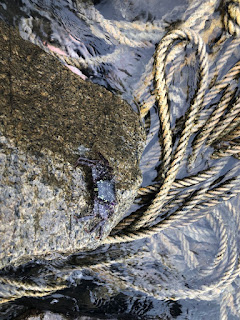 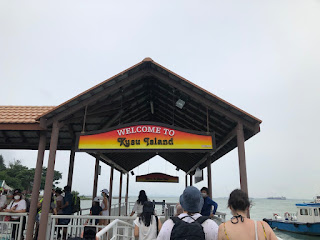 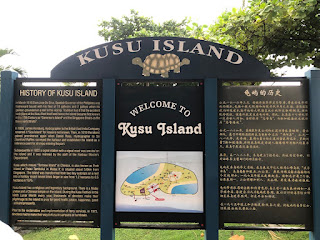 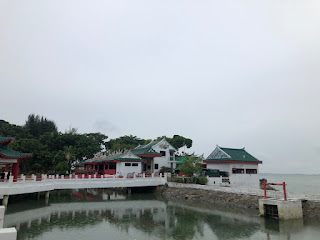 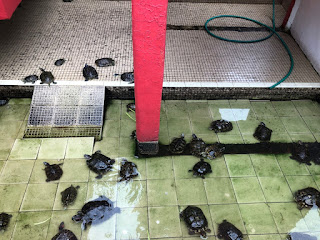 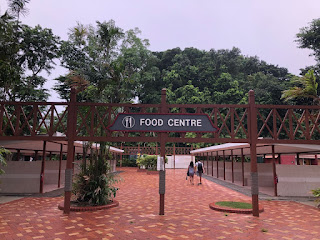 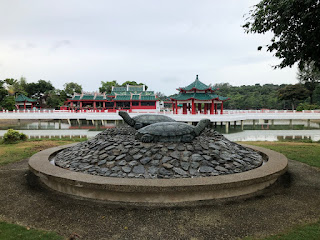 Posted by cylum at 11:46 PM
Email ThisBlogThis!Share to TwitterShare to FacebookShare to Pinterest
Labels: Entertainment, Singapore