The next day, we woke early and had some good plans to check off.

Firstly, it was off for the famous W Hotel buffet breakfast! This was a favourite because the spread and selections of foods were so vast and diverse! Except this time around, due to the pandemic, the buffet was an a la carte one, meaning we had to order and they'd serve to our table. Boy, we ordered as much as we could, of course! Checked!

Sadly who would've thought that would be the only perfect item we checked off our list. We had bought the package set which allowed us to go to the Luge @ Sentosa, the Wax Museum, and the Trick-eye Museum, but we didn't know that buying the package did not guarantee our entry on the days we wanted. We had to book the timeslots for each activity as well! And the timeslots for the day, when we checked, was fully booked out already :( In the end, we found a 5pm timeslot for the Luge, so we had about 6 hours to burn.

Then we rushed to the HydroDash thinking we'd still be able to walk-in.

Obviously we were wrong because the whole of Singapore had already descended on Sentosa Island, and they had pre-booked their timeslots.

That left us rather dejected.

Then we remembered we had a good fallback.

That would never fail us!

So we went to hang out at the pool (thankfully there were available timeslots). And even hung out while it stormed! It was really a very memorable hangout by the pool. It was literally storming and we were almost the only ones playing in the pouring rain, nary a care of the inclement weather. I was really happy.

Later on, around 5pm we headed to the Luge.

It was our first time, but the instructions were fairly easy. I was afraid the kids couldn't control their little cars but they did well.

The boy slipped and fell in the slippery ramp leading to the boarding area of the Luge. Luckily wasn't really hurt.

The girl had it more memorable. On the skyline back to the Luge entrance, she dropped one slipper down on the overhanging nettings. We had to go to the nearby gift shop just to buy her a new pair on the spot! So funny.

It was really good fun nonetheless. Two runs was good enough to scare the kids to not want to do it again for at least a year haha.

In the evening we had Greenwood Fish Market which was at Quayside Isle. A little expensive and over-rated IMHO. 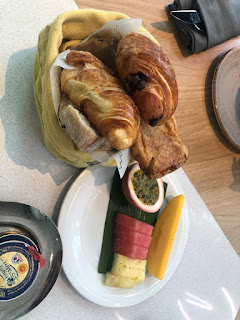 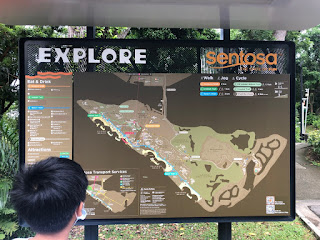 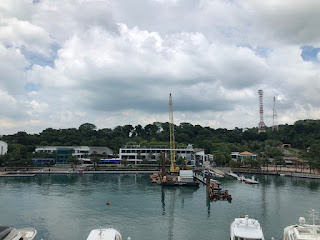 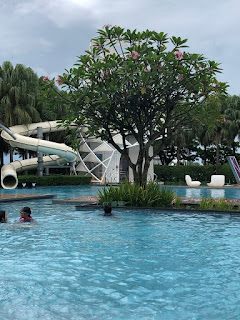 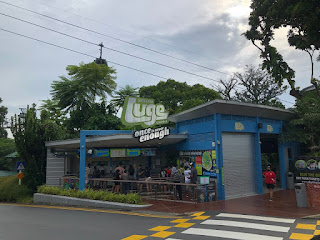 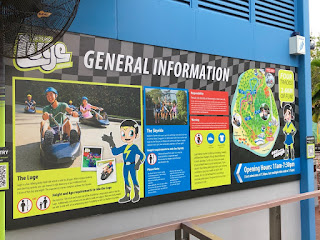 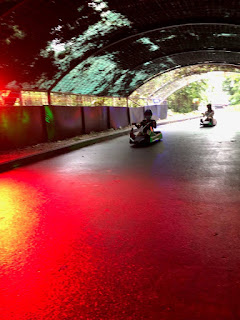 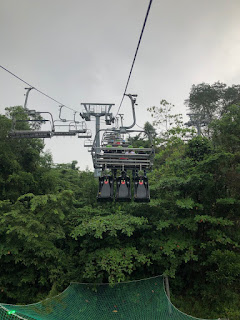 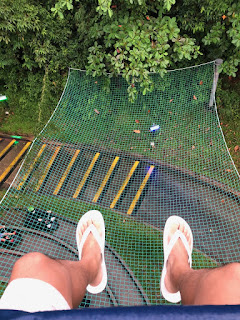 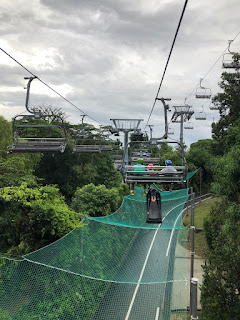 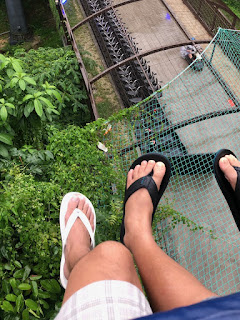 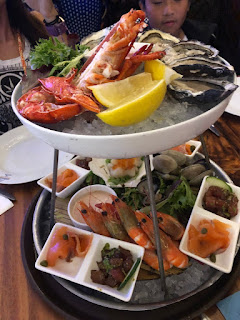