So the year has almost come to pass.

Unfortunately haven't gotten the chance to travel other than our Genting, Malaysia trip back in January.

So we decided to do a longer than usual staycation at Sentosa this year, at where else other than our favourite W Hotel. We booked for 4D3N.

It was on 15th December through to 18th December (Tuesday - Friday). This was cheaper amidst the skyhigh staycation prices and was also supposedly less crowded.

So on Day One we checked in.

It was nice that they did up the room for our wedding anniversary plus complimentary upgrade.

As always, it was already noon and we went straight for the famous W pool. Which comes with that super fun slide. Ordered beers and juices and finger food all the time we were there.

It was really so relaxing just being able to lie on the deck chairs and chill.

We ended up paying for three hours. Due to the pandemic, the pool had a reservation system which allowed for 2hr slots for hotel guests, but it was ok to overrun if there were availabilities in the subsequent slots.

By evening we were super tired and had dinner at Quayside Isle at this restaurant called Sole Pomodoro. Simple pastas and pizza.

Thereafter we chilled in our beautiful room and even found time to play Magic: The Gathering with the kids! 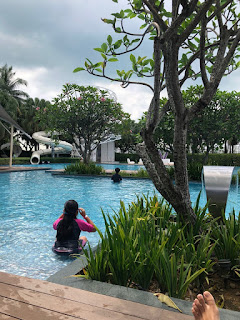 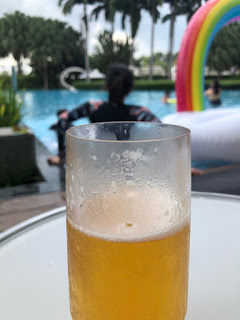 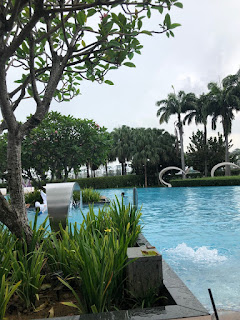 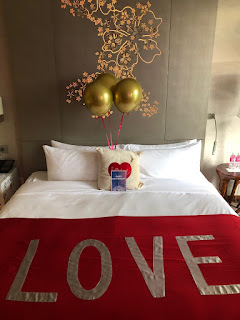 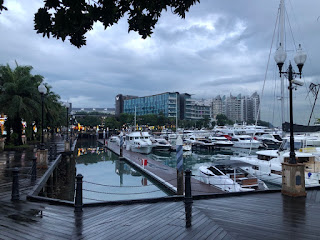 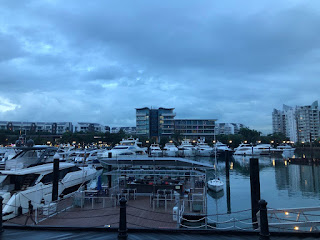 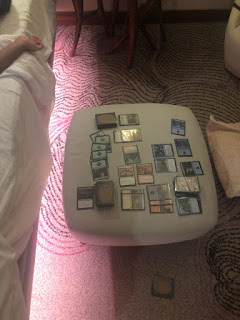 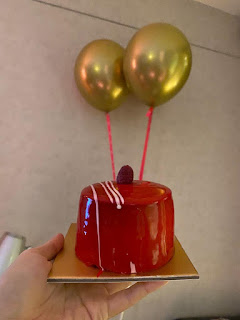