So we decided to spend the Christmas long weekend going to explore one of the newest attractions in Singapore - the Changi Jurassic Mile!

We got up bright and early to head out there in the morning.

It's funny because I kept calling it the Dinosaur Mile until I realized the actual name of it.

The road signs on the way to Changi Airport all pointed us to park at T2 where there was a bicycle hub area for cyclists called Hub & Spoke. It had a cafe, bicycle rental shop and shower and toilets. Very cool.

From there it was a 2.2km walk to the Jurassic Mile.

Initially we thought that was the nearest you could park, but we actually walked from T2 to T4 and then realized it was open for parking too. And this was right beside the Jurassic Mile! So remember to park there, especially when you have kids along.

The mile itself doesn't feel like a whole mile to be honest and I doubt it really was that long.

Along the way we saw all kinds of dinosaur statues which was really cool.

The Jurassic Mile section itself was very narrow, maybe 3m in width, so it was prone to getting clogged with joggers, cyclists and walkers in two different directions. Particularly so at each dinosaur exhibit where people stop to take pictures.

Good thing cyclists are required to dismount and push their bikes.

The kids loved it, even if they didn't like the 2.2km there and then 2.2km back.

We had lunc hat Hub & Spoke and it served some pretty nice pasta and local foodfare.

Here are the pictures taken along the walk! 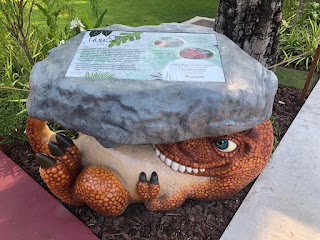 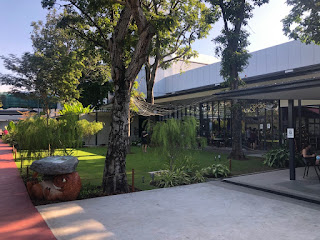 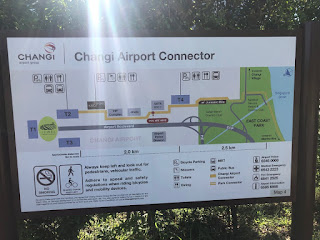 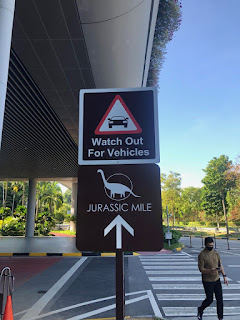 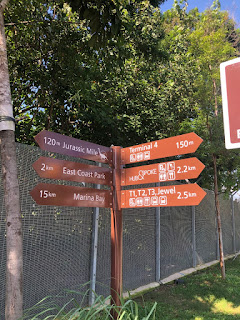 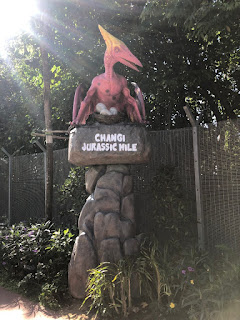 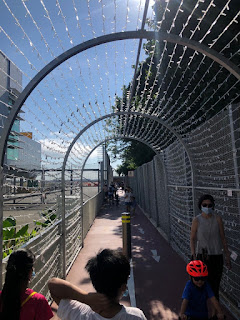 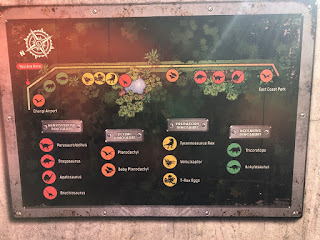 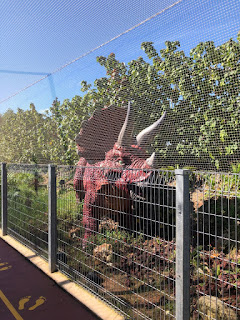 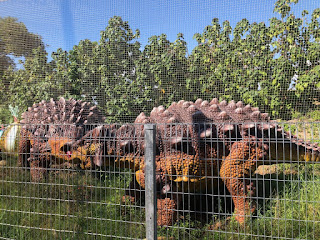 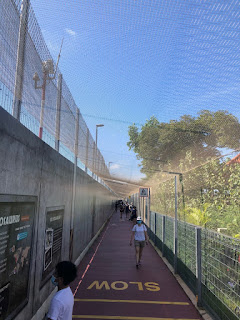 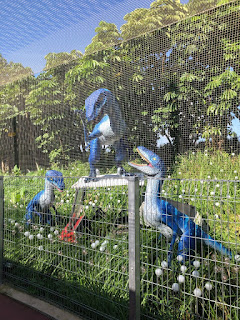 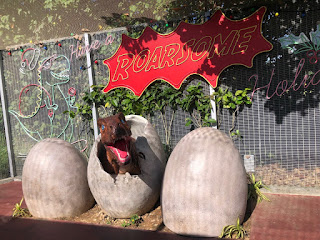 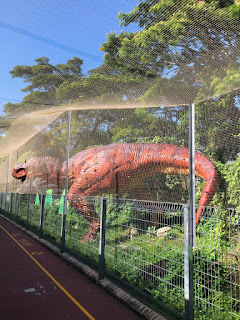 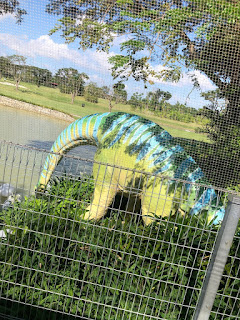 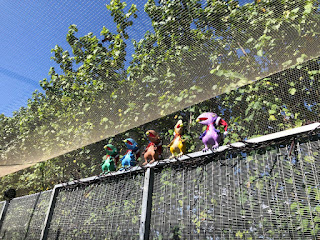 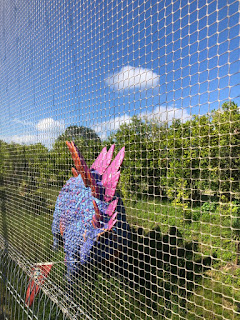 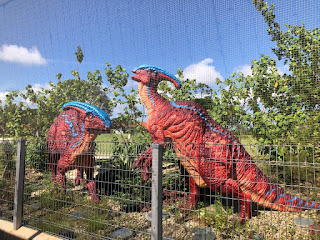 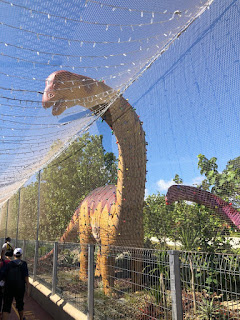 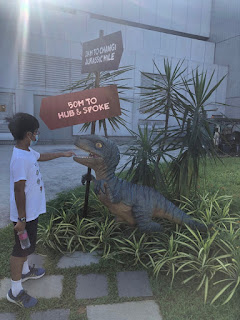 Posted by cylum at 1:24 PM
Email ThisBlogThis!Share to TwitterShare to FacebookShare to Pinterest
Labels: Entertainment, Singapore