Darn. Had blogged this post halfway already and then I accidentally deleted it without saving. Damn frustrating. Anyway, was mentioning that it seems impossible for me to post our trip pictures on Facebook, so I'll try to direct people here instead.Have added some pictures to the North Island blog as well. So technically if you're reading this for the first time, you should start with the previous post first. 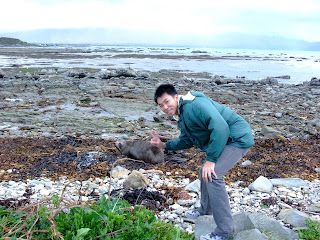 Our first stop in the South Island was Kaikoura! Unfortunately we couldn't go out to see seals due to the choppy seas, so we had to settle for the seal colony at the Kaikoura Peninsula. This fella is the size of a big dog and starting growling at me the closer I got. 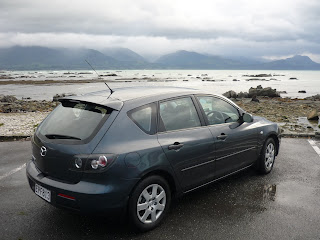 Our trusty Mazda 3 for our South Island tour. Served us really well and I'm impressed with the new range of Mazdas, especially the fuel consumption. Think we clocked some 1,800km on this baby in our little time here. Can you spot a pesky seal? 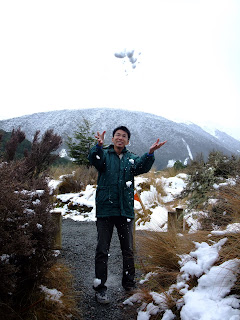 St James Walkway, Lewis Pass. Heading to the west coast and this was the first snow we saw on our trip. Not only was the ground covered in snow, it was literally snowing while we were playing around. Friggin' cold though. Here is my best "throw snow" impression. 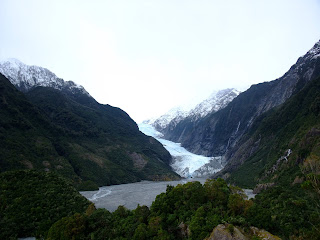 Franz Josef Glacier. An amazing view from the scenic lookout. It would have taken us an hour and forty-five minutes to walk to the terminal of the glacier. 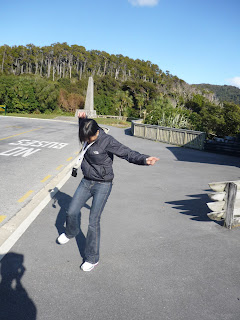 Haast. This is wifey screaming for dear life as she is being attacked by sandflies! Corner shadow is me calmly taking a picture of her in distress. 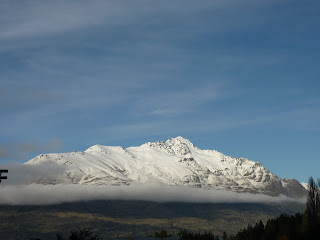 Queenstown. We got ourselves a damn power room. That is The Remarkables there and this picture was taken from our balcony. I shit you not! 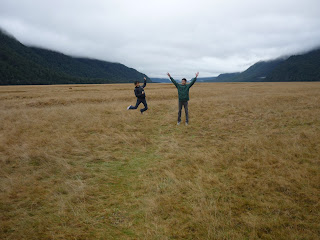 Pelennor Fields! This was near the location of where the LOTR battle was filmed. On our way to Milford Sound. Wifey is so enthusiastic in her jump! 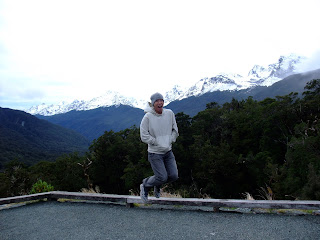 The Southern Alps behind me! The scenary starts getting abit too beautiful and mesmerizing that you just feel like stopping everywhere to get a picture. I'm so pumped I'm jumping for joy! I would've been more creative with my jump but its really windy and cold! 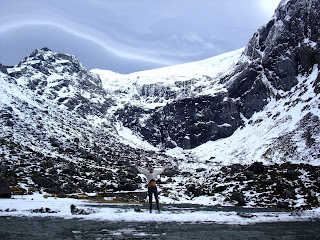 Homer's Tunnel. I'm so psyched I'm power jumping now! Check out those abs! And then the mountains behind. 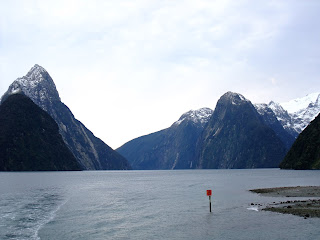 Milford Sound. What more can I say? 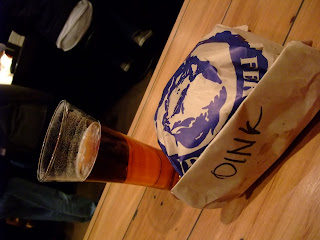 Fergburger. Queenstown. One of the best burgers I've ever had. Period. 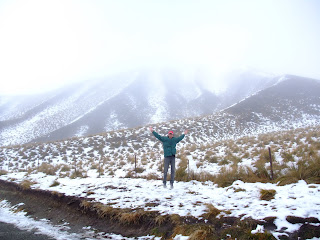 Linus Pass. This was during our drive to Christchurch and would be the last time we would see natural snow. Boohoo! 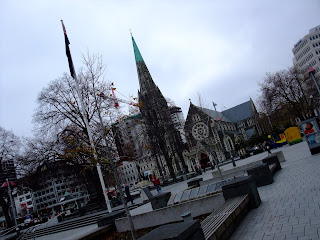 Christchurch. Full of old buildings and architecture. The city walk was probably most fun in this city. 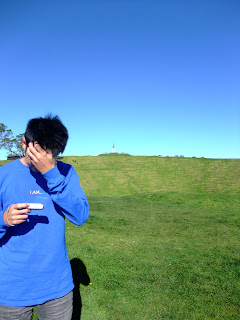 Auckland. The best highlight was Mt Eden. You get a 360 mesmerizing view of the city and when the weather permits, you get fantastic blue sky. Here I am fiddling with my camera. Summit's in the background and there is a crater in the middle. Its huge. You can almost imagine a postcard out of this picture if I weren't in it! 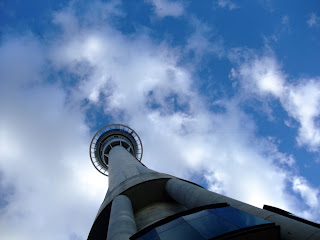 The skytower. There was a skyjump platform up above and we were straining our necks for a long time trying to catch someone jump from there. Then we realised nothing was gonna happen...

That's it folks. I think overall we had a really awesome and fun trip. Between me and wifey, we took more than 3,000 pictures, travelled more than 2,500km on the road and had so many nice funfilled surprises and sights along the way. If you're wondering if New Zealand's a good place to go(especially with the wifey), hell'yea!
Posted by cylum at 6:38 PM
Email ThisBlogThis!Share to TwitterShare to FacebookShare to Pinterest
Labels: Travel