So I took the chance when wifey was overseas, to bring the kids to SuperPark Singapore, at Suntec City.

Luckily I was kiasu and decided to buy the tickets online a day before, because the morning we got there, the full day tickets were completely sold out!

We made a decision to wake up bright and early to go there early to enjoy the place while it was less crowded. My kids are becoming very good planners.

Upon arriving, I realized that every parent thought of the same idea because it was the Hari Raya long weekend.

My daughter immediately wanted to go to the bouncing area. Boy, she can queue all day to bounce and land in a pool of foam cubes.

My son was more into the pick-up football and basketball games through out the time we were there.

As for me, I was into the penalty kicks station and the baseball station.

Funnily enough, there were enough stations to play with, coupled with intermittent queuing to keep us there from 9am, all the way to evening 6pm!

We actually spent THAT long there, only coming out for meals three times. The first time was in the morning where we tried several stations already and decided to go for an early brunch and ate noodles. The second time was around 2pm when my kids wanted Ilao Ilao ice cream. The third and final time was around 4pm when we really got hungry an ended up eating Umi Sushi.

All in all the kids really enjoyed themselves, while for me it was so-so but I had my phone to entertain me.

I think we will definitely be back. Very much recommended if you have kids above 5 years of age.

Here are some pictures. 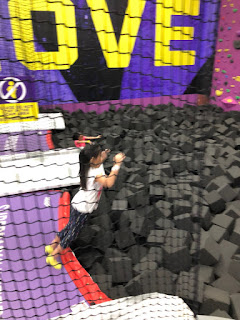 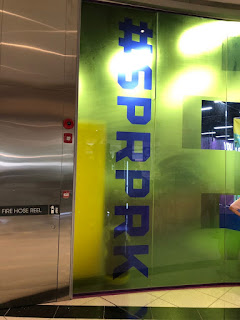 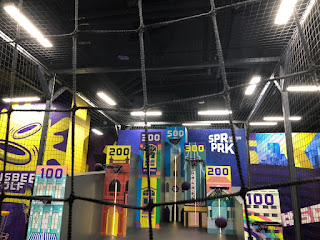 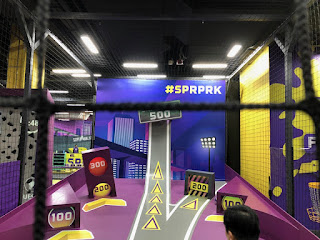 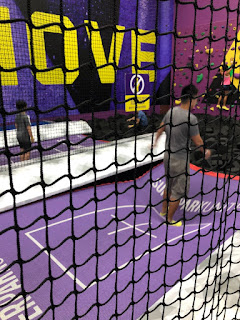 Posted by cylum at 1:07 AM
Email ThisBlogThis!Share to TwitterShare to FacebookShare to Pinterest
Labels: Entertainment, Singapore