I finally achieved my dream of completing a full marathon!

What a milestone for me, achieving it only at the age of 39. Well, better late than never, they always say.

I was filled with nerves about whether I would complete it, so I was really glad to have come through it in one piece. What a frenetic weekend it was, having attended a friend's wedding on the Saturday evening, then rushing home to catch a short nap to wake at 3am to cab down to the starting line. Ending the marathon at 11.30am, I still had to rush home to pack my things for my one week of work out of the Hong Kong office, head to the airport at 4pm. I then arrive in Hong Kong at 11pm and reach my hotel at 12 midnight, then in to the office on Monday morning bright and early.

Anyway, back to the marathon proper.

So here was the starting line, at the Singapore Flyer. We were instructed that flag off began at 4.30am. However because there were so many runners, the flag off for my pen finally occurred at 5.10am. 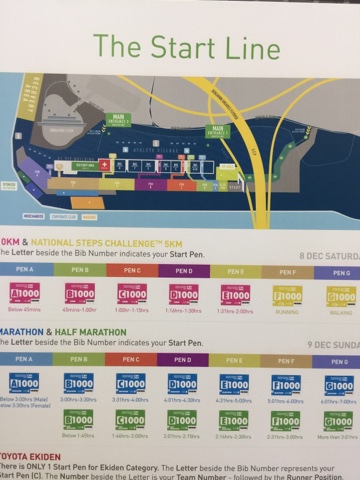 This was the entry to the starting pens. 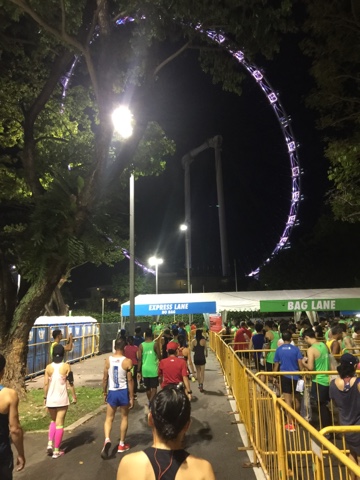 This was my starting pen F, with a view of the starting point really far away. 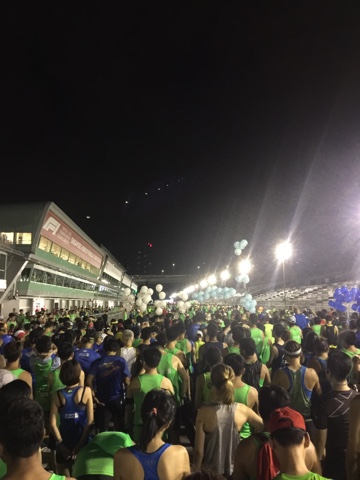 It's the official starting point! 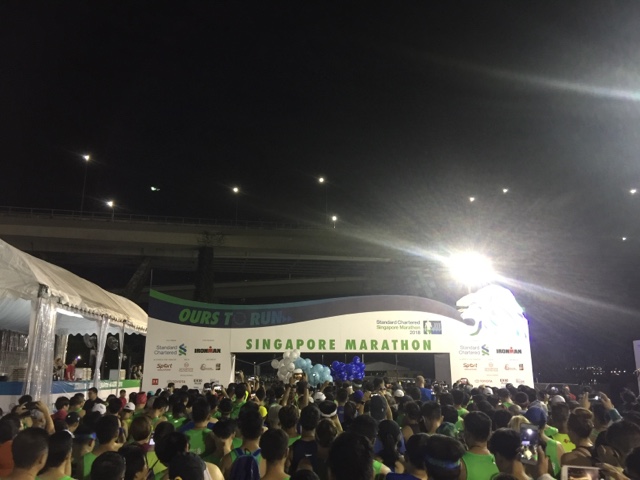 So to commemorate my first and possibly only marathon in this lifetime, I wanted to take a photo of every kilometer milestone. Sadly by the time i reached a third of the way, my lousy phone which was cracked, was struggling to respond to my sweating fingers and refused to log into the phone. My fingers and whole body was so sweaty that I couldn't even swipe up to activate the camera function. Such was how wet I was during the run.

Here was the 1km mark. 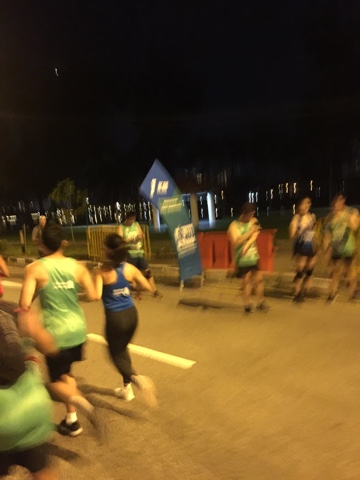 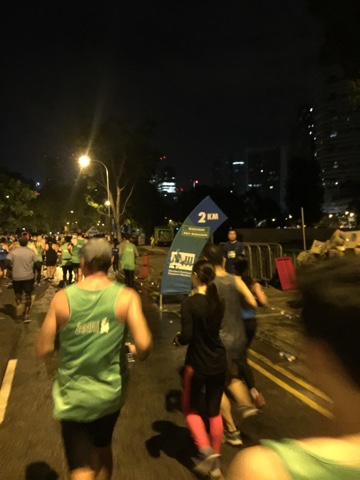 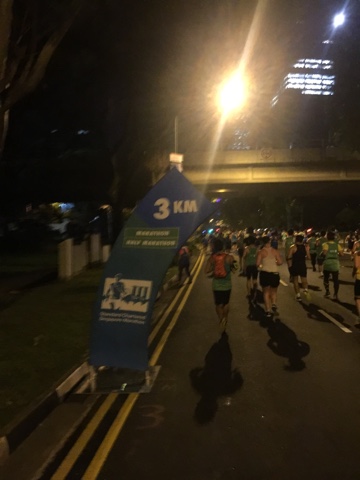 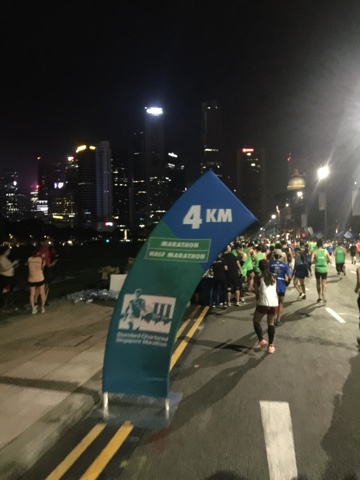 5km. There was a timer at every 5th kilometer starting from the official 4.30am flag off. 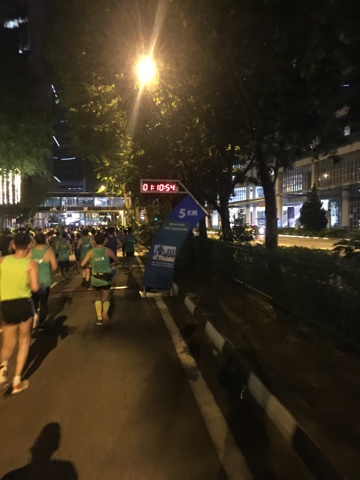 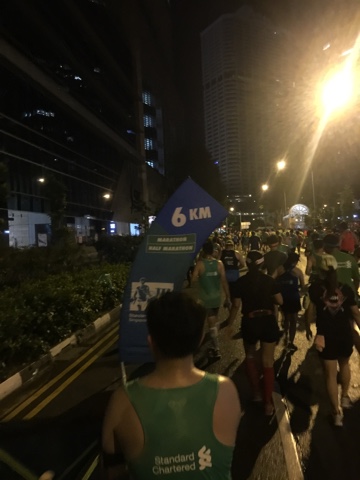 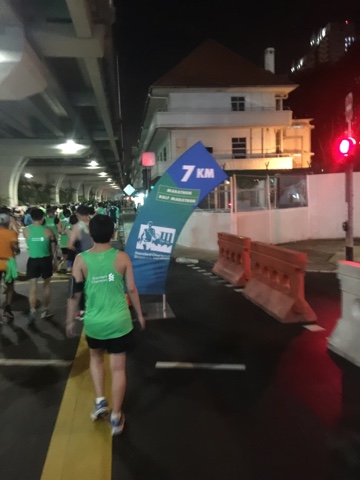 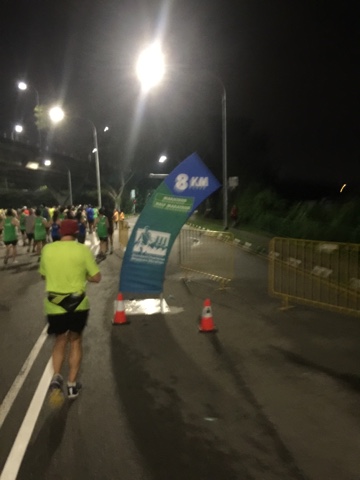 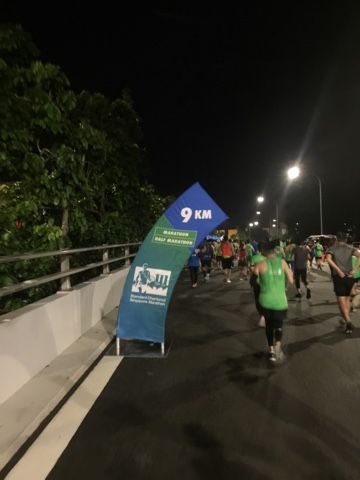 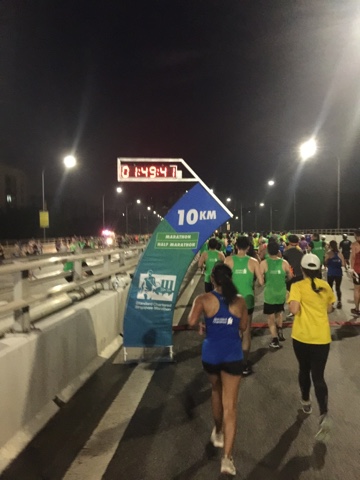 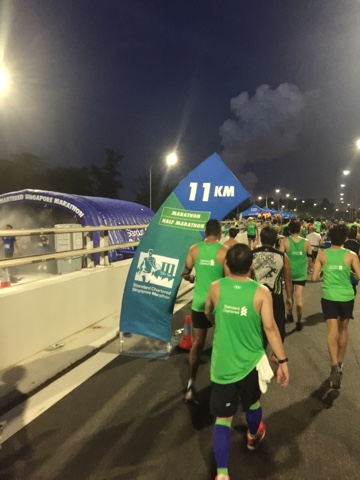 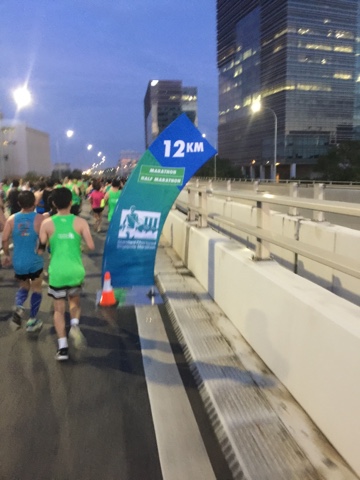 13km. This was the point where they has bananas and food gel. They had two other stops which had this, which was great for my hungry self considering I had skipped breakfast for my marathon. 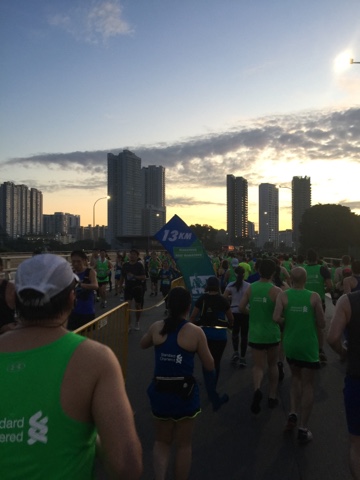 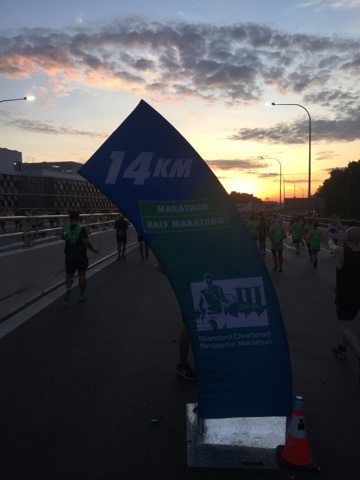 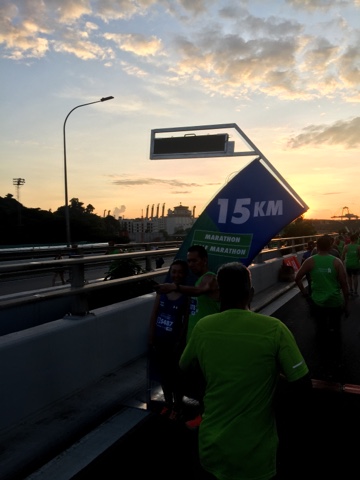 16km. So this point I really give up taking the 17th km because this photo took my awhile to take as I had to take such a long time trying to swipe my phone or key in my password. It was frustrating. I told myself I really needed to change my phone (my iPhone 8 is waiting for me in the box for the last 2 months!). 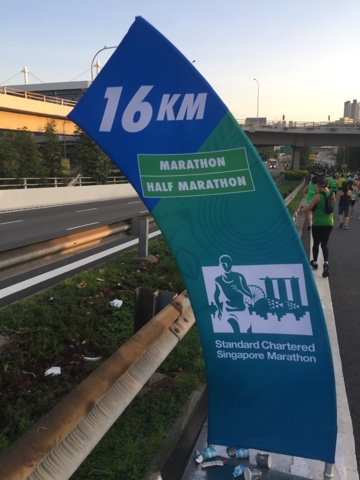 So by the time the next photo opportunity came along, it was at this 21.1km point which was the half marathon point. By then my phone is also struggling on very low battery. 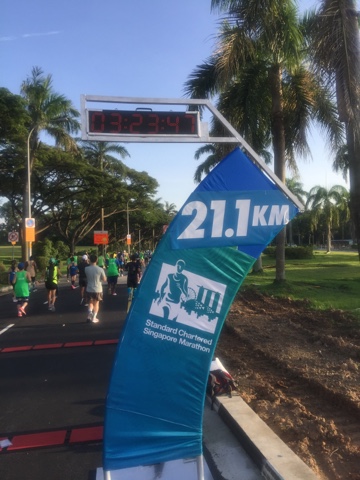 Here's a shot of the finish line! I had finally done it! A full marathon! So proud of myself. Throughout the run I wanted to cry at a few points, just thinking about my life. It was very refreshing, the type of feelings running through my head all throughout the six and a half hours of the run. At this point, my phone died shortly after, which was sad because I couldn't take anymore photos of my victorious accomplishment. 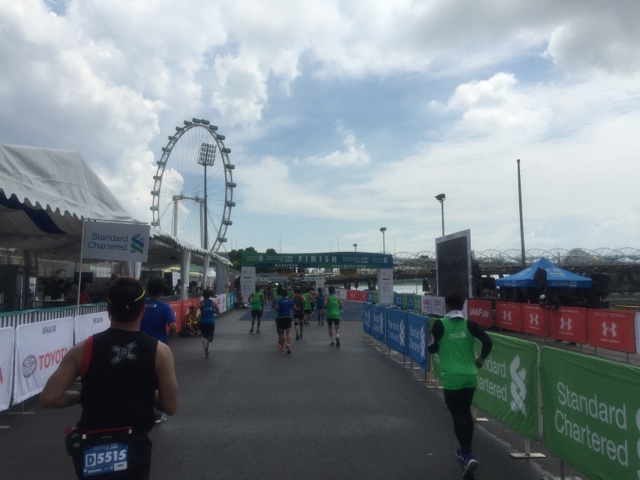 Here's a picture from the official photographers. Didn't really want to buy any though. 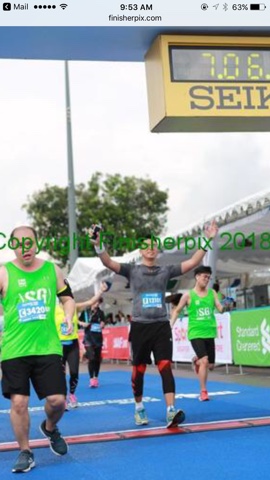 What a milestone for me.

Posted by cylum at 4:48 PM
Email ThisBlogThis!Share to TwitterShare to FacebookShare to Pinterest
Labels: Running