So to celebrate this year’s Youth Day, which happened to fall on a Monday, I took leave from work to bring the kids out while the school was closed for the day.

Boy did we have an eventful day.

I had earlier heard of how good the Bicentennial Experience was (Singapore is celebrating 200 years of history) and I wanted to bring the kids.

In order to get tickets I did a bit of an awful thing by emailing the organizers that’s I booked but didn’t receive the confirmation haha. Anyway long story short, we were put on the waitlist for Monday morning and I was told to come by anyways. Yay.

So bright and early in the morning, the two kiddos and I drove all the way to Fort Canning and queued up for the 8.50am show. Boy was it worth it.

We went through five different acts about the history of Singapore. From the time of the Majapahit Empire, founding by Sang Nila Utama, founding by Sir Stamford Raffles to the Second World War, then culminating in the final act called Destiny. Destiny was the highlight for us all because we were asked to take umbrellas and walk into a dark room which was ‘raining’. We went through the 1968 NDP where it rained and then through tough times when SARS hit us bad, followed by the years of glory since with the ‘skies’ clearing up and we see hope ahead for our tiny nation. Ending with the phrase ‘From Singapore to Singaporean’. Beautiful. Director of this whole Experience, Beatrice Chia-Richmond really did a fantastic job.

After that, we moved on to the Pathfinder Journey. This was simply an outdoor display section with various displays. Nothing super special, although setup was nice. The Reflection display was the only nice one of note, IMHO.

We were on our way to leave when I chanced upon the Fort Canning walking tour starting. This nice lady who was from the National Parks Board who was on rotation to bring guests for free tours had just begun. So we joined them. She was really nice and separated us from the other tour group so that she could cater her tour for the kids. And just like that we score ourselves a free tour of Fort Canning Hill, even if it was slightly watered down because of the kids.

And to continue our touring buzz, I decided that we should visit the National Museum of Singapore, which was connected to the Fort Canning Hill. We drove down to park and then went into the NMS building for lunch. Then it was the History of Singapore exhibits. Singaporeans enter for free to all these things anyway, so it was very educational and interesting. The kids also asked much more interesting questions about the history of Singapore which I really enjoyed answering and educating them about.

By the time this was done, it was only 1pm in the afternoon.

We decided to drive home to rest.

Bumped into my beautiful mummy in the house helping with our housework. Sometimes I don't know what I'd do without my mother as my eternal pillar of strength and support.

We had a short rest and by 3.30pm we headed out for Jewel!

We wanted to try the Canopy Park which had just opened.

So after parking at Jewel, we headed into the shopping area from the carpark and lo and behold, A&W Restaurant had a short queue! We took the chance to queue and try it. 20mins later, I realized that after trying A&W for the first time in 20 years, I really hadn't missed much. The kids also didn't like the beef chilli on their signature Coney Dog. Weird.

So off to the Canopy Park we went.

Tickets were expensive. About $50/adult and $37/kid for the bundled package which let us try everything.

The main park itself was already quite nice, and entry into the park was cheap like $3/pax. There you could play with the slides, foggy cloud rolling hills, and basically chill amongst lots of flora.

The first paid activity we tried was the Canopy Bridge. Firstly, I have no idea why people need to pay so much to walk this bridge. You could limit visitors without making them pay. Secondly, there was a 1/2 hour restriction to be on the bridge. After 1/2 hour they chase you out. And one ticket allows one timed entry. Lastly and most importantly, there wasn't that much to see that you couldn't see from all the other free viewing areas of the famous indoor waterfall. We left the bridge after just 10mins as the kids got bored.

Then we did the Hedge Maze. This was interesting with hedges acting as maze walls. It was a very small maze but still enough to get a little lost. Interesting but still not worth the price of entry.

The third activity was the Mirror Maze. Things got a little more interesting here. I think the size of this maze was similar or smaller than the Hedge Maze, but it was more fun, and more difficult, because of how well the mirrors were positioned. This is how a real Mirror Maze ought to be. I mean, a couple month's ago someone actually got hurt walking into one of the mirrors in this maze! Because of that they now give everyone noodles to 'feel' their way through the maze. The kids and I had so much fun in here.

The fourth activity was the Sky Nets (Walking). This was a stretched that hovered over the air and at certain areas, you felt like you were walking on air and any fall would take you down 5 floors to the basement! It was scary but still very interesting.

The final activity was the Sky Nets (Bouncing). This was the most strenuous activity for me. It was 8pm, and we had one full hour to bounce to our hearts content. The kids absolutely loved this and I never knew bouncing could be so exhausting. At one point I was seriously struggling to catch my breath. After on hour, I felt really dizzy. The kids had a blast in this activity. Definitely the highlight of the Canopy Park for me and the kids.

When that was finally done, we wearily got down to the basement NTUC to get ourselves a large bottle of water which we guzzled down super fast.

By the time we got home, it was almost 10pm. and there was school the next day!

What an enjoyable and fun-filled day. 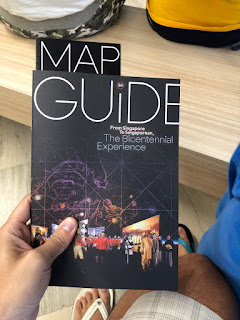 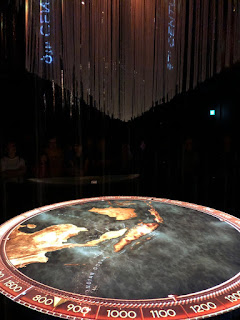 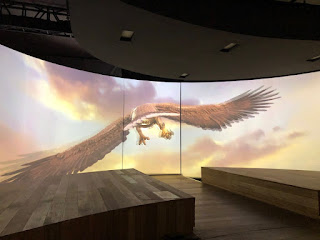 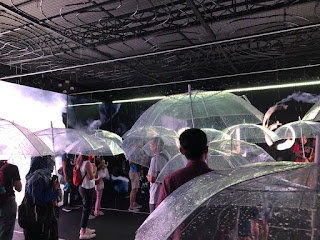 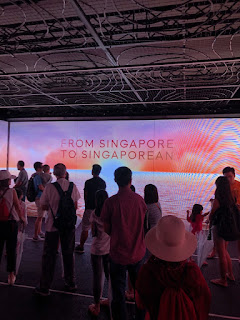 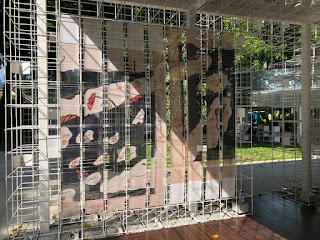 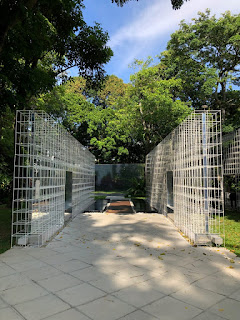 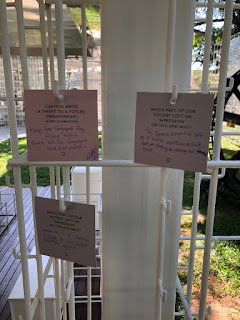 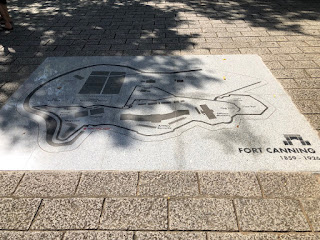 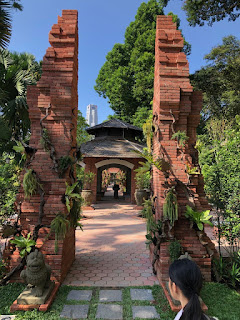 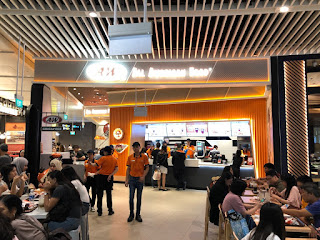 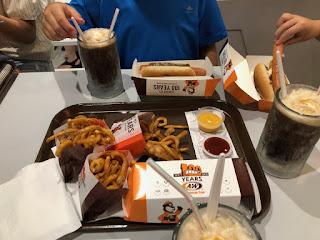 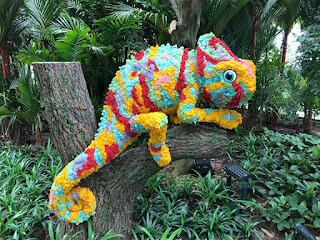 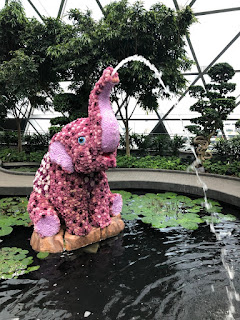 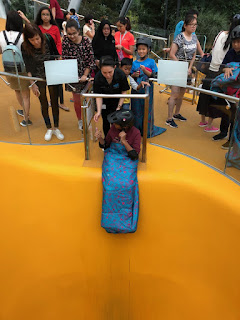 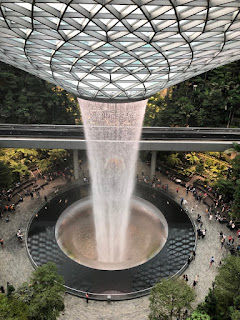 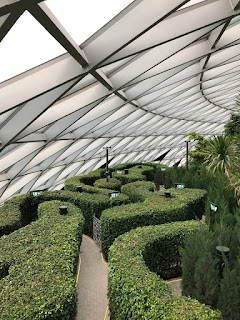 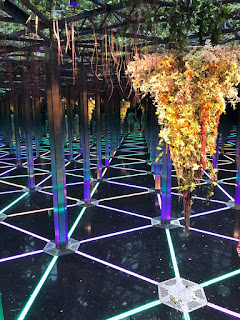 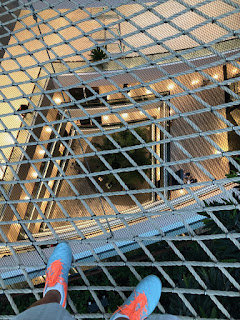 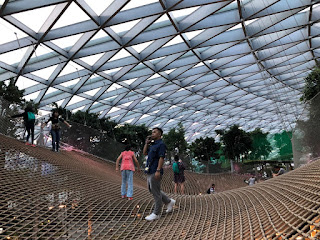 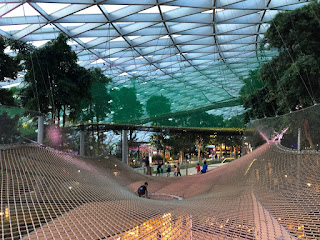 Posted by cylum at 9:54 AM
Email ThisBlogThis!Share to TwitterShare to FacebookShare to Pinterest
Labels: Entertainment, Singapore