So after more than 10 years of talking about organizing a party trip with colleagues, we’ve finally done it, executed to perfection thanks to a great participation rate and the perfect excuse of celebrating the year I turn 40!

We started out with the bulk of us flying by Jetstar on the unearthly 5.30am flight arriving in Denpasar at around 8am. From there, I was with the golf peeps, heading to New Kuta Golf Bali to play a round of 18 holes with Marcus, Mark and Victor. Ended up playing Wolf format and winning $50 while hitting an ok 107. What a beautiful and scenic course.

Then it was off to join the rest of the gang to check in at the villa. We booked out an 11pax villa plus a nearby 6pax one in order to accommodate 18pax in total. Arrangement was pretty straightforward - all married couples in the small villa (Mark/Shermin, Elvin/Weiying and Ash/Maribel), while all singletons (meaning those who did not bring partners) were housed in the larger villa. What a beautiful villa it was with a large pool and ample living room, right in the heart of Seminyak. As with most party trips, we had a standard requirement of each person bringing one bottle of alcohol from DFS at Changi, while we stocked up the fridge with Bintang beers.

That night we all had dinner together at the famous Wahaha pork rib BBQ restaurant in Seminyak. Delicious ribs, lamb chop, corn cobs and pork rice. Thereafter, we started off heading to Motel Mexicana, a pretty hip and happening club to get the party started. Following that we headed to Legian with the intention of partying in the famous Skygarden, but it was so expensive to gain entry that we move further down to the also famous LXXY. There we partied till late, around 3am.

We proceeded on for supper at the famous 老大porridge restaurant. Why a lovely supper for those of us still sober enough to eat. I admit I was struggling at the earlier stages of Legian from drinking during golf and at the villa but I managed a pretty memorable resurrection to end the night strong. We had a lot of people sleeping or drunk at this stage.

After this it was back to the villa where the drunken boys still hadn’t had enough and decided that they should drag me into the pool. Note that this was after I had showered and tucked myself nicely into bed already. The boys came into my room took off my singlet and other things and carried me one floor down and threw me into the pool. In 20deg weather, the pool water cold, the night cold and everyone was shivering terribly. This was the start of the pool phase where we began to terrorize all guys living in the villa and forcing them into the pool. Girls were exempted, as Isaac hurt Jiamin when he carried her and slipped, ending with her slapping her cheek on the floor.

At this stage it was 5.30am and we decided to call it a night.

As anyone could imagine, waking up to all this was really a struggle and the better lot of us who stayed up that late woke only around 10 or 11 with little sleep.

We headed off to have fried duck (Bebek) for a very long and chill lunch. This was followed by a comfortable but uneventful two hour massage, that left us primed to begin another night of havoc.

Dinner was supposed to be in Jimbaran for seafood but changed at the last minute to Brazilian Australian BBQ. It was too meaty for my liking but still good to have the whole group eating together and beginning the night with a strong turnout.

After that we headed back to the villa to begin slowly-paced drinks, and it was off to La Favela, another very hip club but because our group was in flip flops, we weren’t allowed in. So we skipped across the road to party at Los Gringos.

After a bottle, we decided we should go back to the villa to get some shoes on and walk to Mirror. This was when the party really started. We walked to Mirror and got ourselves in without a table at first and working our way to the center VIP seating area by the end. We ended up drinking vodka and a massive six bottle of champagne. Everyone was going crazy.

When we finished it all, we decided to leave. Bill was about $1.6K haha. We walked back, bought some instant noodles along the way, and headed back to the villa. This time around we had more people jumping into the pool without any asking and we were partying and drinking all in the pool. We even had a swimming competition just for the sake of it, in the short 10m pool. Finally we ordered 老大 porridge delivery to our villa. After supper we slept soundly and it was again already 5.30am.

Nothing much happened as we all headed to the airport in our own time and got back to Singapore safe and sound.

WHAT A PARTY. MAYBE THE BEST PARTY EVER.

Here're some random, harmless pictures of the trip. 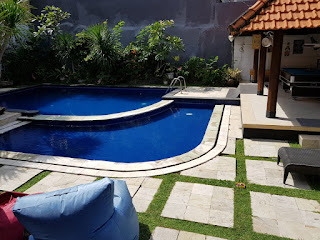 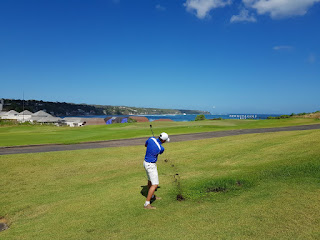 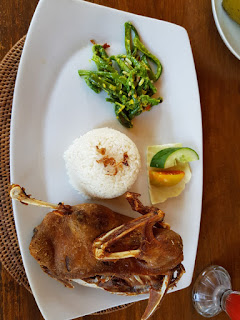 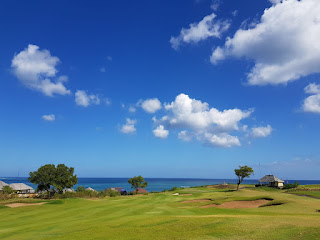 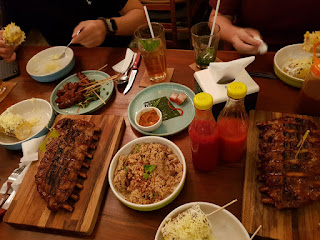 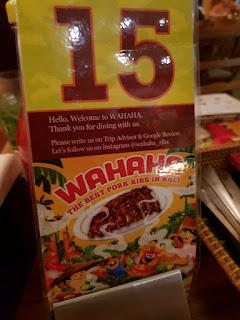 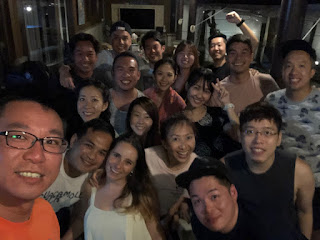