For my own 40th birthday celebration, I booked out two nights at the W Hotel on Sentosa Island for the family.

So on Friday after picking the kids from school, we drove to the hotel to check in. The wifey joined us after work just as we got our room. It is always nice at the W Hotel, which we’ve stayed annually for six consecutive years now. A nice room upgrade and pretty balloons welcoming me in the room, it was a good start to kick the birthday weekend off.

Then we headed to the pool. The kids have always loved the W pool and this year was made even more fun by the inclusion of a water slide near the pool bar. We swam, sunbathed and played there for a good three hours.

In the evening, the wifey brought us to for my birthday dinner treat at Skirt, a very good and famous steakhouse in the W Hotel. We had a very nice dinner with a live band and lovely wine. We also had a nice intimate chat over dinner which we haven’t had for a long time.

After dinner, the kids were really tired and slept really quickly, and we even found the time to wait for the kids to fall asleep before sneaking out again for an intimate chat over drinks by the poolside. I think it has been very long since we talked heart-to-heart like this. The conversations we had didn’t have my desired outcomes unfortunately, but I still felt there were a lot of positives to draw from it as I think about how to live my post-40 life. Sometimes life is like that - you cannot get what you want but there are silver linings that when we make a few tweaks, can be more positive than your initially desired outcomes.

The next day was a very hectic one for us.

We started the morning with the famous W Hotel power buffet breakfast and made sure we ate a really heavy meal.

Then it was off to Universal Studios Singapore (USS) for our annual local themepark escapade!

Going to USS on a Saturday was really crowded and even arriving early slightly before the 10am opening time did not help much. The wifey also nicely sponsored the USS tickets which she’d bought online, so at least we didn’t have to fight and queue for them like in previous years.

Upon entering, we were very structured with what we wanted to ride considering how little time we had (only 6 hours). So the first ride was the Battlestar Galactica Human ride. It took some convincing just to get Xin on board to ride together, but she did it, even if she was a crying mess throughout the ride. Queues were relatively short too while in the morning.

After that we hopped on to the Mummy ride which was also scary for my little girl but she again made it through with the promise of not riding any of these rides anymore this year. The next ride was the Battlestar Galactica Cylon ride. This ride had three or four corkscrews and the little girl was adamant not to torment herself any further. So it was left to just me and Wei to ride it while the wifey with Xin to get something to eat. After that we wanted to try and queue for the Transformers ride but the queue was two hours long! So we ended up catching the street hip-hop show instead. Then it was the Elmo theatre show which both wifey and I fell asleep due to tiredness. Then the Puss-in-boots ride that we queued another 45mins for. Finally back to try Transformers again but the ride had stopped due to a technical error!

The day was just half way through as we rushed back to our room at the W, changed into red T-shirts (only I had a jersey), and we were off to watch the ICC 2019 Manchester United vs Inter Milan game at the National Stadium.

I’ve watched Manchester United once before in 2001 when they thrashed our Singapore team 8-1. This time it was really special because I got to bring my kids there, especially the boy. So it was a proud moment for me too.

And my what a match it was, to see all the familiar players up close and to be able to capture the feel of an actual match, which probably felt like a Manchester United home game because the whole stadium was red! And we won 1-0 thanks to a Mason Greenwood goal which I managed to capture on video! Was so proud to have my kids witness such a spectacle.

At the end of the match we were all streaming out of the National Stadium when my girl missed her step and fell down the stairs. Poor girl, bruises all over her shins and thighs! Luckily she wasn't seriously injured. The rest of the car journey back to the W was a very tiring one.

On Day Three, we decided to chill out. It was the day of my actual birthday.

Breakfast was at Cedele at Quayside Isle. We figured that having the breakfast in the hotel was more worthwhile though.

Then it was a good 4 hours at the pool again.

We checked out at 4pm and that was ONE VERY GOOD STAYCATION.

Check out my pix! 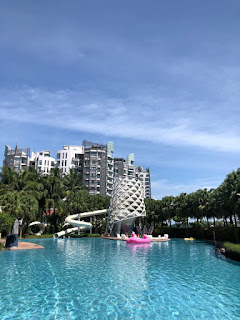 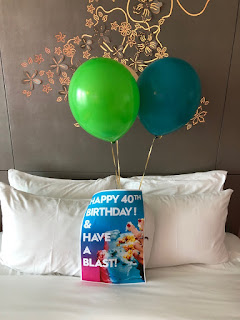 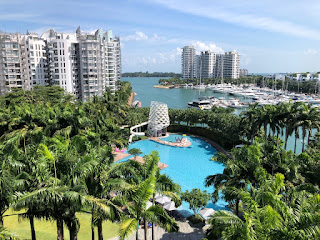 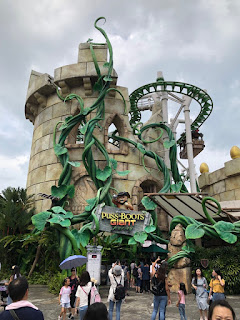 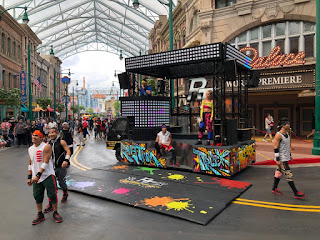 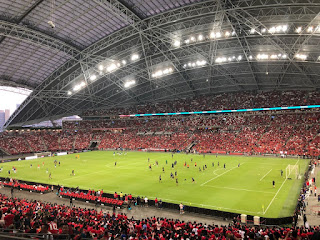 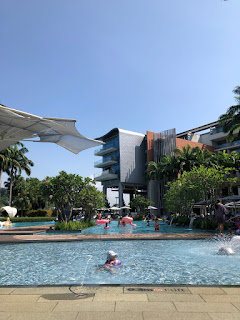 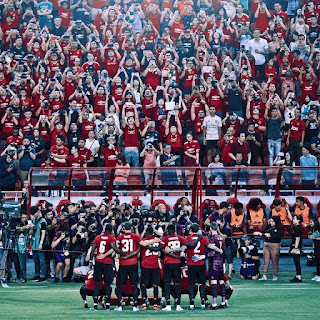