Wow. Finally Safari Zone managed to come to Singapore, and the day is finally here!

Had blogged about applying for several passes but only receiving one previously.

The main event details are all here.

So finally the day is here on a Sunday and I make my way to Vivocity and take the train over to Beach Station.

I was excited like a little kid, only far more prepared as I had read online reviews from user experience the previous days and got myself proper breakfast at Mcdonald's at Vivocity, dabaoed lunch, packed water and even brought my phone chargers too.

Upon entering Sentosa, the Pokestops for Safari Zone greeted me. The first one being right at the entrance of Sentosa (if you came by foot), while the second was at Beach Station (if yu came by train) 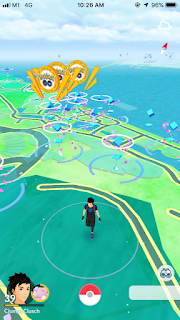 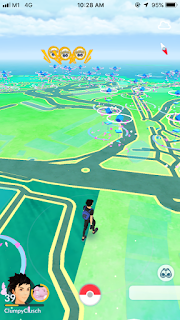 Once we got out of Beach Station, the Safari Zone area was properly decked out and welcomed us to the beaches stretching the entire length of Palawan Beach. It was amazing! Speakers were blaring the Pokemon theme song and music from the shows, as well as from the game itself, there were all sorts of pop up Pokemon standees to take pictures with. 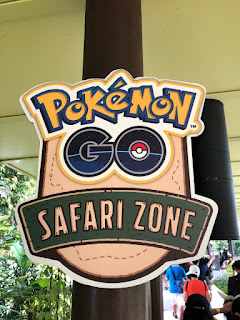 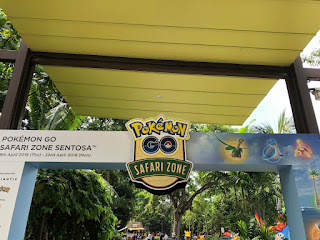 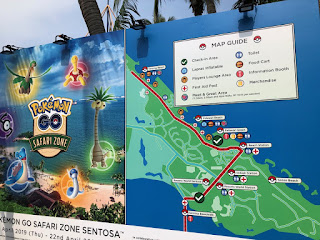 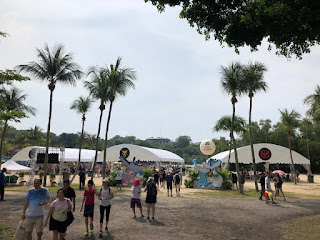 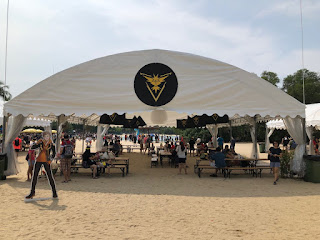 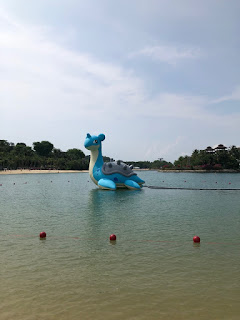 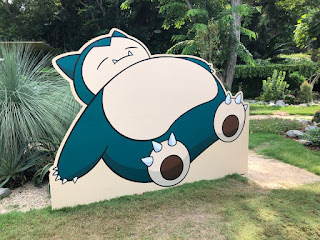 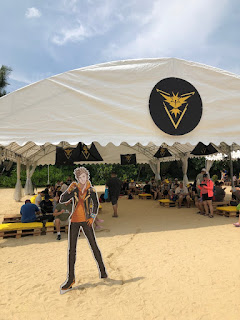 There was even a giant Lapras float in the water!

Most impressive of all were the tentages for Pokemon Trainers to rest. There were two sets, one on each end of the beach, which were split into 3 tentages of the different teams. Naturally I tried to go only to the Instinct team tentage which I belong. Inside these tentages were large fans and most importantly, chargers for us to charge our phones!

Finally was the crowd. Since I got there early, it was still manageable. By noon, that was when the bulk of the people came. All 20,000+ of them. Even in the thick sweltering heat, there were SO MANY people! 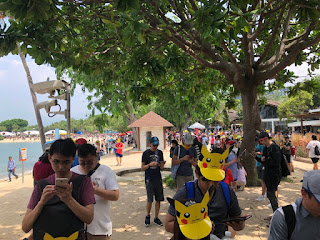 Although the event was from 10am to 8pm, I had other commitments and therefore had to leave around 4.30pm. Was quite sad to go so early. Nonetheless this was such an enjoyable event for me and I'm sure for many other trainers out there.

I ended up catching Tropius, the various Unowns that spelt SENTOSA!, and shinies of Omanyte, Shuckle, Dratini and Sunkern.

Posted by cylum at 11:46 PM
Email ThisBlogThis!Share to TwitterShare to FacebookShare to Pinterest
Labels: Entertainment, Singapore