A Day Out To Pulau Ubin

The last time we visit was quite some time ago. In fact the last two times I went, I blogged about it here in 2007 and here in 2017. Things have improved even further :)

So we started out bright and early with the kids. They were pretty up for it.

We reached Changi Village and had a quick breakfast and headed to the bumboat terminal. It now costs $4 per person per ride to Pulau Ubin (or back).

Luckily it wasn't so crowded as we were there before 9am.

Once we get there, we start things off with some island coconuts! The kids really love them.

Then we chose one of the bicycle rental kiosks and start testing and choosing our bicycles.

Unlike in 2017 where I shared a tandem bike with Wei, this time around I did the tandem with Xin while the boy had his own bike. The wifey got to ride alone too compared to last time out when she had to babyseat Xin.

We get out bikes and head off. The first run we didn't get far before having to turn back as I felt Wei's bike and our tandem needed air in our bike tyres.

Once that was out of the way, it was one straight ride to Chek Jawa Visitor Centre,

The major highlight was this area near the bicycle park before Chek Jawa which I dub the 'Monkey Trap', where tens of monkeys were lining the road trying to hijack any unwitting cyclist of pedestrian of their visible food or drinks! It was super scary for the kids and wifey. Many unsuspecting people got a scare too!

Thereafter we parked our bikes at a bike park as they now prohibit bikes from entering the Chek Jawa area.

It was just a very short hike in and immediately we reached the Chek Jawa Visitor Centre which looked very new. And there was a lookout that stretched far out into the sea, which was very beautiful.

We ended up doing some jump shots there.

Then there was the boardwalk which we trekked through, and finally back to the bike park.

On the ride back the muddy paths were slippery and Wei slipped and fell off his bike twice :( Luckily he wasn't injured or anything. I felt he id a great job holding his own with his bike throughout the trip.

We just headed back and returned our bikes and then cleaned up near the jetty. Then we waited for a bumboat to take us back to the mainland.

It was so fun and fulfilling! 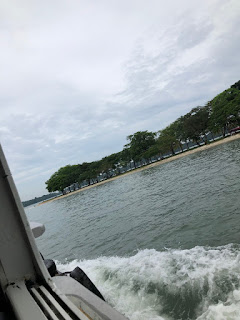 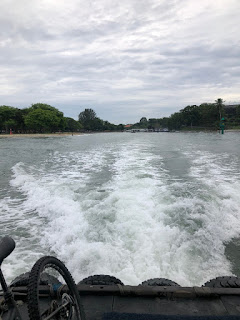 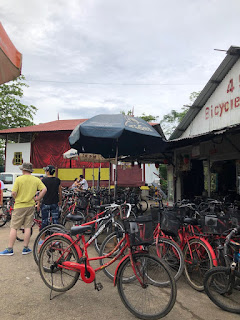 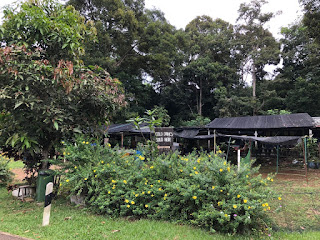 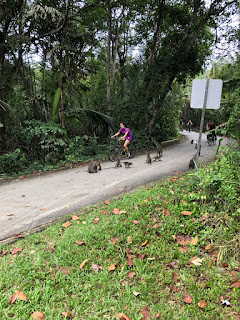 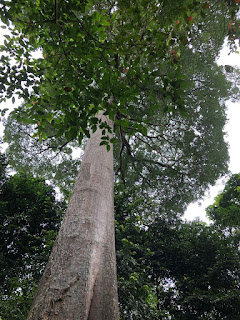 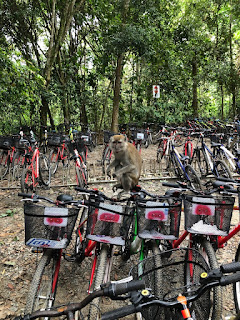 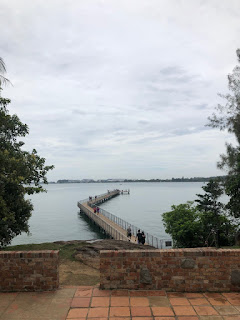 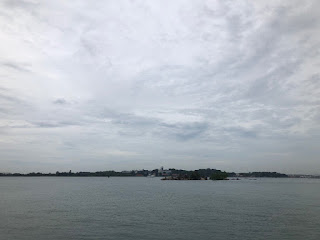 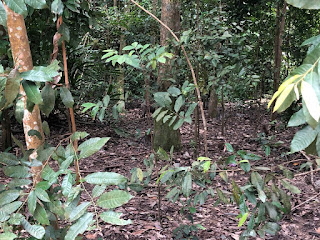 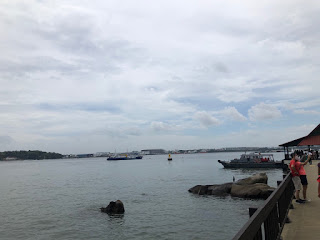 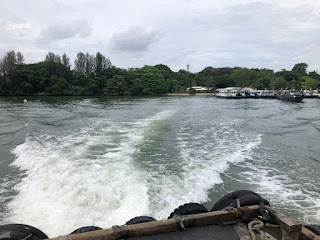 Posted by cylum at 12:21 AM
Email ThisBlogThis!Share to TwitterShare to FacebookShare to Pinterest
Labels: Singapore, Travel