Been quite into buying a gaming console recently for the home.

I thought it would've been a nice to have where the whole family could play games together.

Wifey is quite against it though.

She recently dug out her Nintendo DS which is still in great working condition.

I used to own a Sony PSP as well, which she went to dig out.

It is not really working anymore although it clearly shows the date of highest use was in 2007.

That was probably the year I bought it.

What a blast fro the past.

Here's a picture of me trying to salvage something from it. 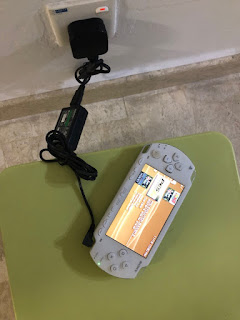 Posted by cylum at 9:48 PM
Email ThisBlogThis!Share to TwitterShare to FacebookShare to Pinterest
Labels: Entertainment