Finally my son is enrolled in a good football school.

We sent him for trial class at the FCB Escola, Barcelona's famed football schooling school, which has one of it's biggest academies here.

The setups and trainings were so much more structured and organized than I've seen. Sure it costs a bomb, but if the son and I see good value in this, then it is worth it.

He was so happy despite his early trepidation about coming. He got comfortable playing with the other kids, and once they started their drills and exercises, he was already lapping everything up. Even scored a goal during one of the exercises for good measure to end his first class on a sweet note.

Of course I don't expect him to grow up to become a professional footballer, but I think he has a chance to love football as much as I have. 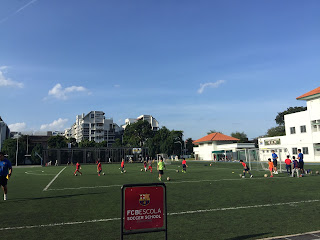 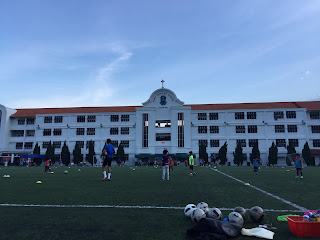 Posted by cylum at 10:54 AM
Email ThisBlogThis!Share to TwitterShare to FacebookShare to Pinterest
Labels: Home, Other Football