I had no intention to do anything on this day, until my boy said he was scared his friends would play tricks on him in school.

Since he was coming straight home after school today, I decided to prank him at the front door.

He wasn't too impressed.

I refused to open the door often two long knocks.

Then on the third long knock (was a little scared he really thought no one was home!), I shouted from inside that there was 'no one home!' 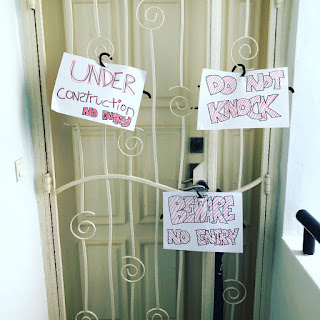 Posted by cylum at 11:31 PM
Email ThisBlogThis!Share to TwitterShare to FacebookShare to Pinterest
Labels: Funnies